“I pondered on this desert hospitality and, compared it with our own. I remembered other encampments where I had slept, small tents on which I had happened in the Syrian desert and where I had spent the night. Gaunt men in rags and hungry-looking children had greeted me, and bade me welcome with the sonorous phrases of the desert. Later they had set a great dish before me, rice heaped round a sheep which they had slaughtered, over which my host poured liquid golden butter until it flowed down on to the sand; and when I protested, saying ‘Enough! Enough!’, had answered that I was a hundred times welcome. Their lavish hospitality had always made me uncomfortable, for I had known that as a result of it they would go hungry for days. Yet when I left them they had almost convinced me that I had done them a kindness by staying with them”

Kindness is the fuel for travel. It’s inescapable. It’s a welcoming smile. It’s being given directions. It’s the offer of a room for the night. I have been lucky to be able to rely on such overwhelming kindness on all my expeditions that I’ve almost become blasé about it. I’ve seen staggering acts of kindness cycling all through Africa. As Thesiger describes, I’ve seen people give me food and lodging when they had none and be so gracious about it that it seemed like I’d done them a favor by dragging my smelly, disheveled body into their homes. It’s easy to hide behind what we see on screens, but I know everyone reading this will have had their day changed by some unexpected kindness. We talk about kindness being unexpected but who says it’s unexpected. 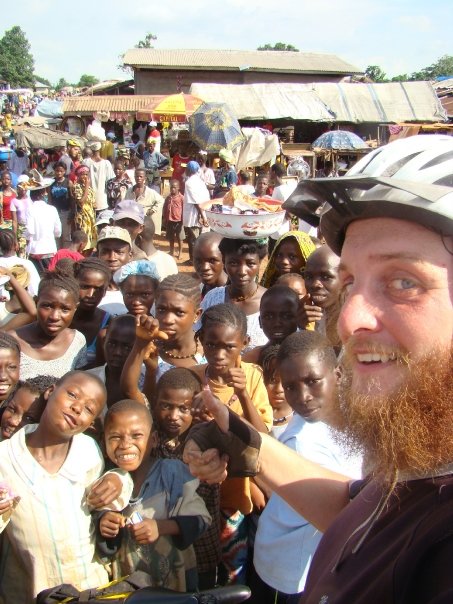 I set off on my first bike ride in 2004 expecting to fail. I was cycling from London to Cape Town but, in reality, I was expecting to get to France or Italy, or Turkey at a push, and then have an injury or find a reason to quit. No one would mind, everyone had told me that the Middle East and Africa were dangerous. It happened by accident really, I just got closer and closer until I was crossing the border into Syria and feeling my stomach knot up in fear. Everything looked like the backdrop to all the bad stories on the news. Within minutes of arriving in the country that I had been warned the most about my bike was laden with fruit from people asking me how I was and welcoming me to their country (“Welcome in Syria!”). After a few days I got into a routine of leaving very early in the morning so I could get out of towns before my bike was overrun with pomegranates, oranges and grapes. This carried on throughout my time in Syria. My second fear infected stomach knot came as I set off through northern Sudan, rumors had it that Bin Laden was taking refuge there and the vast expanse of desert was intimidating. In fourteen days, I spent $15. My money was no good anywhere, every night I was treated and hosted and welcomed and fed.

Having been so scared of, and so welcomed in, Syria and Sudan I decided for my next bike trip I’d go to the places that scared me the most. It was 2007 and George W. Bush had just highlighted a handy list of countries and so my route was set: Korea to Cape Town: The Axis of Evil by Bike.I thought it would help that when people heard about North Korea, Pakistan, Afghanistan, Iran, Iraq, Syria, Sierra Leone, Liberia, Nigeria, DRCongo and Angola they thought of a fat bloke biking through them rather than bullets and bedlam. 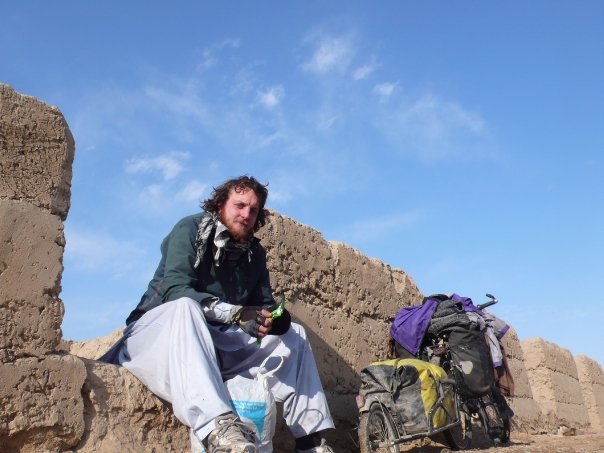 My third bike ride came eight years later on the back of some personal failures and I wanted to see if I still had the thirst for adventurous travel. So, on Christmas Day in 2014, I cycled into the Empty Quarter desert in Saudi Arabia and was hassled from one side to the other by people wanting to give me lifts, ply me with tea and stock up my water supply. I was looking for solitude and challenge in the emptiness but came away chubbier and with more friends than when I started. I pedaled from Sana’a to Mocha (where the coffee gets its name from) in Yemen and despite the strain of impending warfare I suffered only at the hands of local chefs with some the finest cuisine I’ve ever tasted. From Yemen I crossed the once pirate-infested waters of the Bab Al Mandab Strait, again needing more insulin for sugary tea than insurance for kidnapping. In Djibouti I extended my stay couch-surfing from two days to six weeks whist waiting for a bike part and felt welcomed at the beginning and like family by the end. In Somalia I was warned about cycling across Banka Giriad (the plain of death) but was only put out by not being allowed to pay for my Coca Cola (I had two). As the scenery changed through Ethiopia, Kenya, South Sudan and into DRCongo the kindness held true. When my bike ground to a halt in Kisangani and I switched to public transport I was still swamped in hospitality. While two of the four engines on the wooden boat taking me up the Congo broke, detached and fell off, I was being stuffed with fresh fish and beans. As the train ran out of fuel, passed through a bushfire before eventually derailing, my strongest memory would be of the tastiest green oranges that the tradesmen at the local market would accept no money for.

While the beauty of the wild places in Africa was staggering, it’s the kindness of the people that sticks with me.

To watch Daniel’s full talk, and to watch past Ubuntu Travel Speaker Series events, visit our YouTube channel:  Dan Martin “Cycling Where You Ain’t Supposed To” 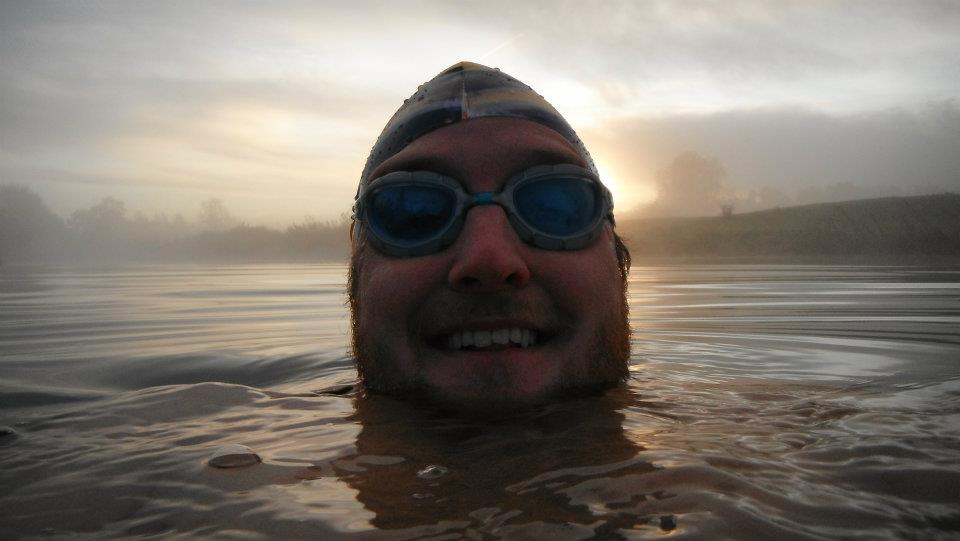 What Is A Travel Designer?